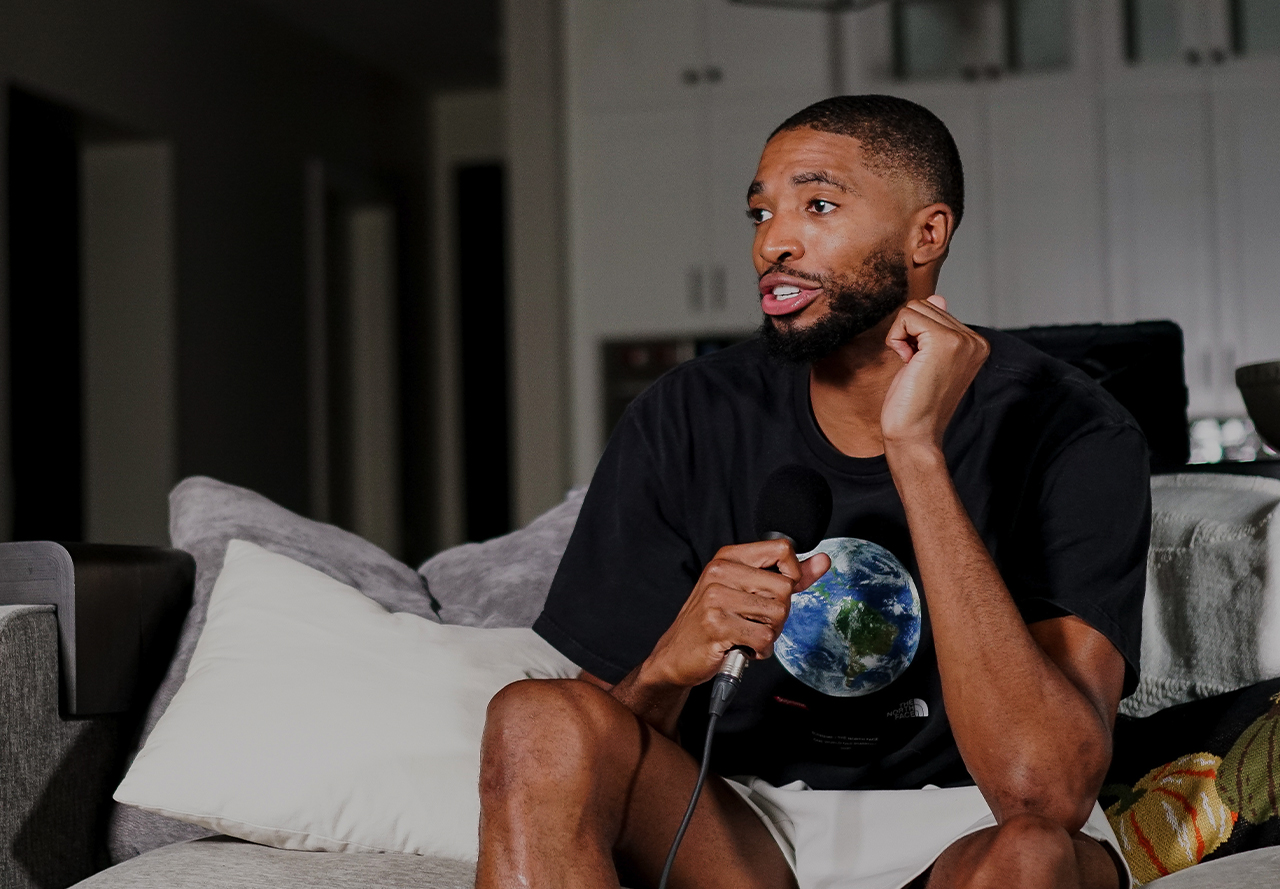 Number 25 on the Phoenix Suns, Mikal Bridges joins Theo and AJ in today’s episode, for honestly what is one of the most hilarious conversations yet.  Friends from a young age, you can tell the connection between these guys is real, and they here to let you in on the back story and all the inside jokes.

Bridges has really come up to be one of the most respected players in the League but was relatively unknown until 2016 when he and the squad from Villanova won the first of two National Championships with Mikal on the team.  Bouncing around in his high school career and how having parents (especially his mom) instill a strong competitive nature in him really helped prepare him for his path to the NBA.  The pros talked about how they came up compared to the young kids today, and how no matter how impressive some of these kids are, the art of playing the right way is fading.

Flipping back from the young players of today, to when they were those kids, Mikal told which players inspired him when he was younger.  “The main one that will always stick with me to this day” Bridges stated, “is John Wall.”

From the beginnings of ball, to the highlights of his career,Bridges got real about the nerves he faced at Villanova, that still showed up in 2021 when the Suns advanced to the NBA finals.  The mental game takes over every single time,and as Theo points out, ever player handles it differently. If you weren’t aSuns or a Mikal Bridges fan before this episode, you will be by the end.

Run Your Race is the ultimate intersection of basketball and business. Theo and AJ will take their listeners on a journey through stories of tragedy and triumph while shedding light on how they both have been able to stay around the game they love.  These two lifelong friends bring their explosive dynamic centerstage thanks to their knowledge of the League and infectious energy.

Subscribe to the show here for more incredible insight and interviews.