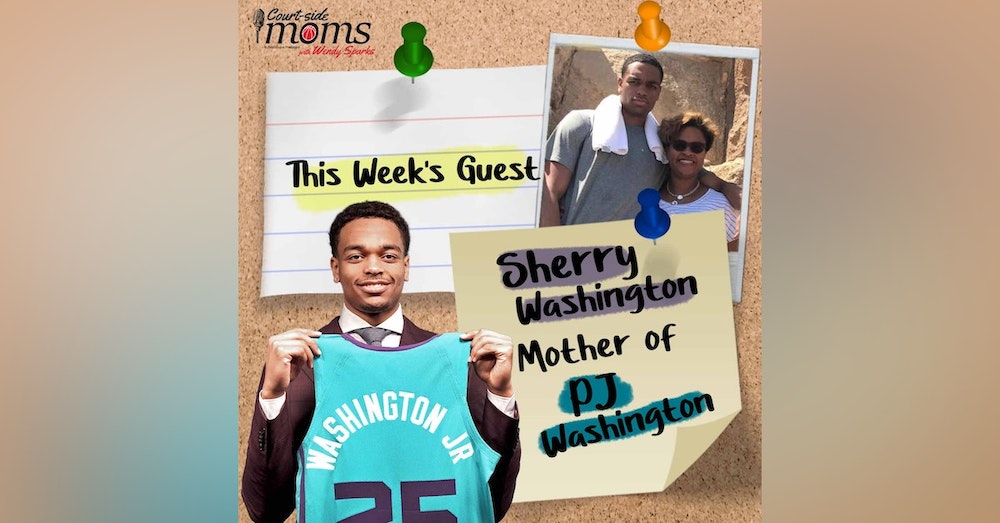 Today we are joined by Sherry Washington, mom of NBA star forward P.J. Washington of the Charlotte Hornets.

Both Sherry and P.J.’s dad Paul were college basketball stars in their own right and Sherry always knew basketball would be P.J.’s game.  From his first Fisher Price basketball net to towering over his friends on the YMCA court, he was a natural from the beginning.

Sherry talks about the recruitment process, how P.J. ended up at the University of Kentucky, the incredible fans and how different the experience was for her during her playing career.

Chosen 12th overall in the first round of the 2019 draft by the Hornets, Sherry describes draft night as a wild and crazy ride and tells us the surprising things she feared most on that fateful evening.

We hear about P.J.s first NBA game, being a part of Michael Jordan’s world, and what she thinks about the fact that PJ credits her for his shooting skills.