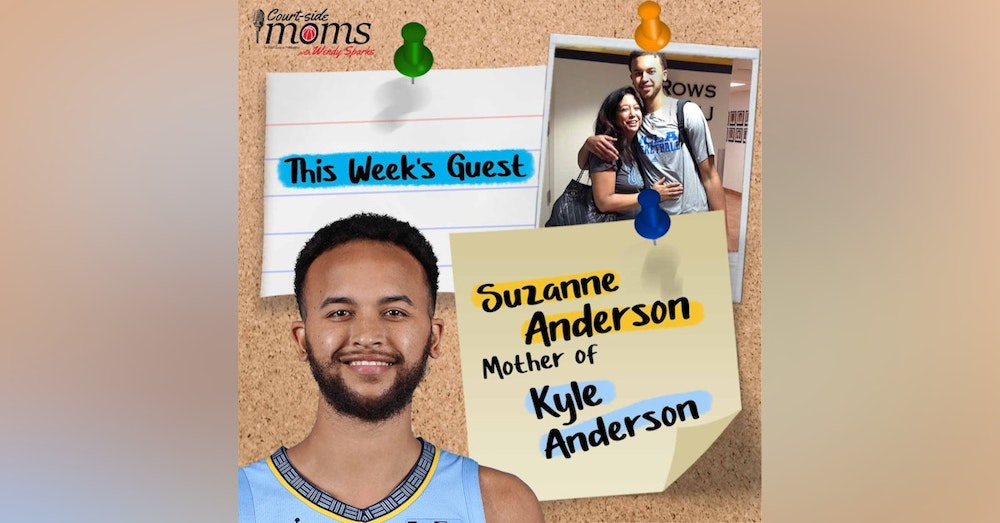 Today we are joined by Suzanne Anderson, mom of Memphis Grizzlies NBA star Kyle Anderson. At 18 months old, Kyle was already shooting balls into his Little Tikes Basketball Net and his mom tells us how worried she was because he wasn’t interested in anything else.  Needless to say, Suzanne realized early on his fascination with the game would lead to an incredible journey beginning with his high school career where he received national recognition as a Parade All-American, McDonald’s All-American, playing in the Jordan Brand Classic and the Nike Hoop Summit.

We talk about the college recruitment process, playing al UCLA  for the Bruins, the NCAA investigation and her experience of racial profiling.  Suzanne takes us through the thought process behind their decision to declare for the draft.  The 2014 draft was the day Kyle’s dream came true when he was chosen as a first round pick by the San Antonio Spurs where he played for four seasons alongside superstars Tim Duncan, Manu Ginobili and Kawhi Leonard.

Suzanne also talks about her own journey on Ancestor.com which led to her discovery of who she is and a trip of a lifetime for her and Kyle and how this new understanding of his heritage has impacted the way he is raising his child and living his life.