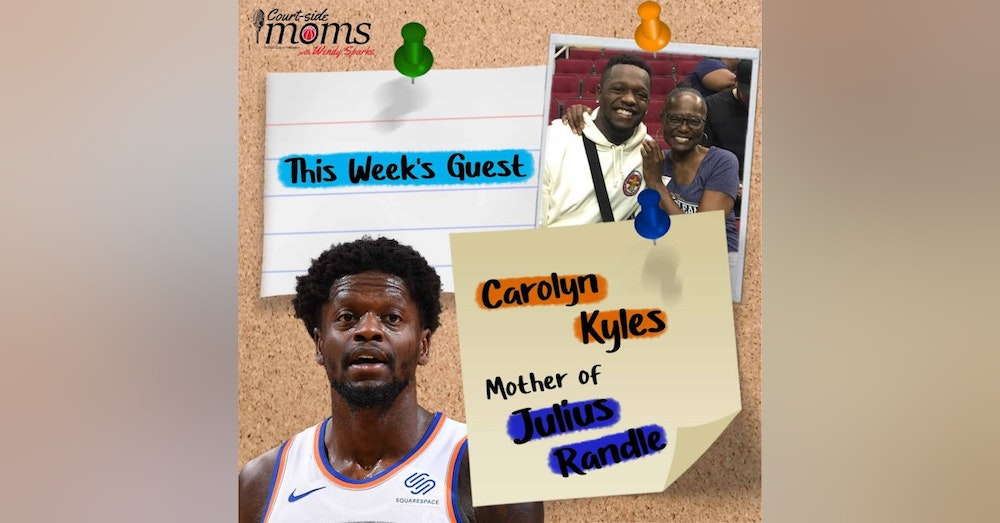 During a recent NBA game between the Knicks and the Golden State Warriors, our guest today sent her son, New York Knicks star Julius Randle, a surprise message on the screen at Madison Square Gardens congratulating him on being a first time NBA All Star. Carolyn Kyles is that kind of mom and we get to learn all about her on today’s podcast.

Julius always loved basketball and could often be found dribbling around the house and clinging to his ball. Carolyn recognized early on her son’s talent and started him on his journey in organized basketball from a young age.

As a single mom, Carolyn tells us how she’s helped Julius stay grounded amidst the hype and noise of the world of elite athletes from his high school years where he fought back from an injury to play in the McDonald's All-American Boys Game and Jordan Brand Classic, through his college years where he broke records at Kentucky, declaring for the draft in 2014 and his 7 years in the NBA.

Carolyn talks about what it was like for Julius to play with his idol Kobe Bryant when he was drafted in the first round by the Los Angeles Lakers and the impact Kobe had throughout Julius’ career, how he overcame the tragedy of breaking his leg 14 minutes into the first game of his NBA journey and came back better than ever becoming the youngest Laker since Magic Johnson with a triple double, and how he’s handled the press, social media and the fans now that he’s playing in the mecca of basketball.